All posts in Water Sports

My toilet arrived on time, ready to serve.
He knows his place.
I ordered him to strip off all of his clothes and drop to his knees.
I reminded him, that he was only worthy of being a toilet.
I let him know, how much he had in common with the toilet, seeing as though, he was like, a piece of shit off my shoe.
I told him to open his mouth, as he knelt in front of me.
Once I had handcuffed his wrists, I turned and sat on his face, as I darted into his mouth, I ordered him to inhale. I stayed there for a minute or two, I wouldn’t want it to go to waste.
I positioned him into the toilet box and left him there until I needed to use him.
A short time after, I pissed into his mouth, before shitting into it.
There was loads of shit, so I left him for a while, to lie in the shit he couldn’t eat.
I then smeared it all over his face and made sure I pushed it up his nose, so he would be smelling it later, just to remind him what he was put on this earth for. 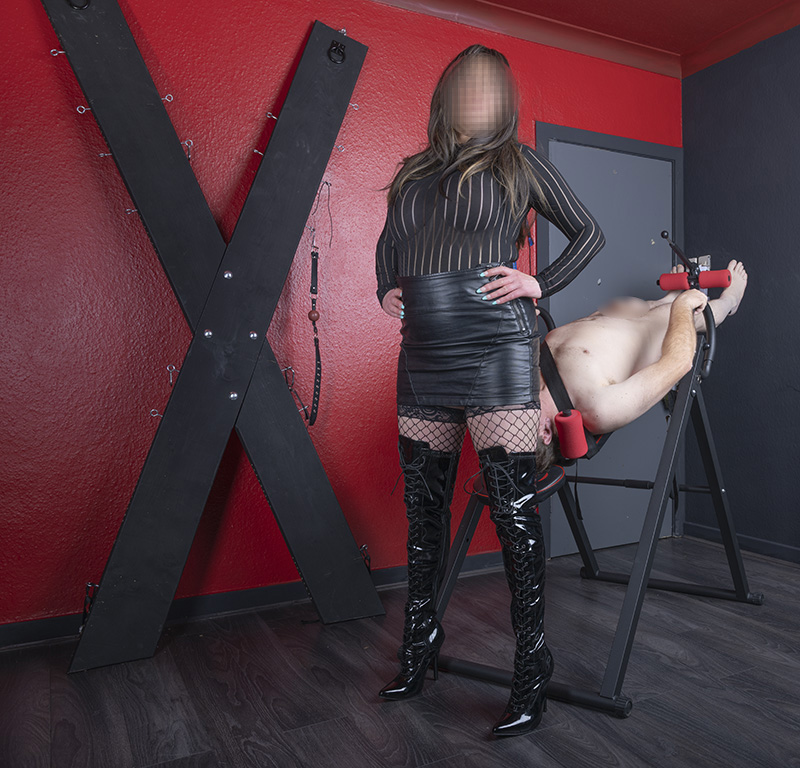 My new inversion table is great fun! What can I do with you while you are on it? Well I can have have you upright, horizontal, fully upside down or anywhere in between. Perfect for:

It’s quick, easy and very safe to use. As you can see, My slave below is enjoying the view while I squeeze his balls! 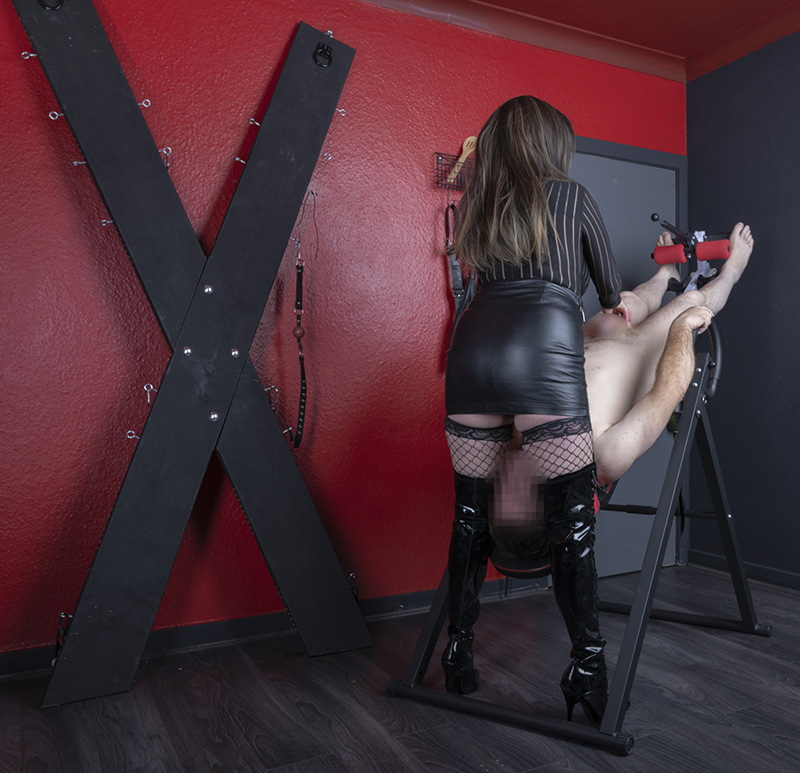 I dressed my sissy up, ready to serve as my piss slut.
Red stockings, basque and brunette wig. Bright red lipstick.
I wrote piss slut across sissy’s forehead, as a reminder.
After entertaining me with a Sissy dance, it was time to put my. Sissy to work, I needed to pee.
First one was to drink. The second one I made sissy use as shampoo, without rinsing it out, that was something sissy would be going home with.
I had just been for a run so was still sweaty.
Sissy had to lick my armpits clean as well as my sweaty feet.
I made sissy get down on all fours then sit back onto the fuck machine, I kept speeding it up to watch sissy get a pounding.
I put the mask on my sissy and attached a bottle filled with my pee and forced sissy to drink up.
There was no allowing sissy to shower at the end, it would be my pee that would be smelt all the way home.

My personal cleaner requested an early morning appointment. I didn’t shower, I just got out of bed, dressed and jogged straight to the chambers.

I didn’t need to wash or shower, as he was going to clean me with his tongue.

I first put on his collar then made him start at my arm pits. It had taken me an hour to run to the chambers, so I was super sweaty. He licked every bit of sweat off my armpits. He then had to lick my sweaty feet. As treat I allowed him to have the contents of my nose.

After I peed all over him, I allowed him to clean me then watch as I shit. I made taste my fart, then clean my shitty arse