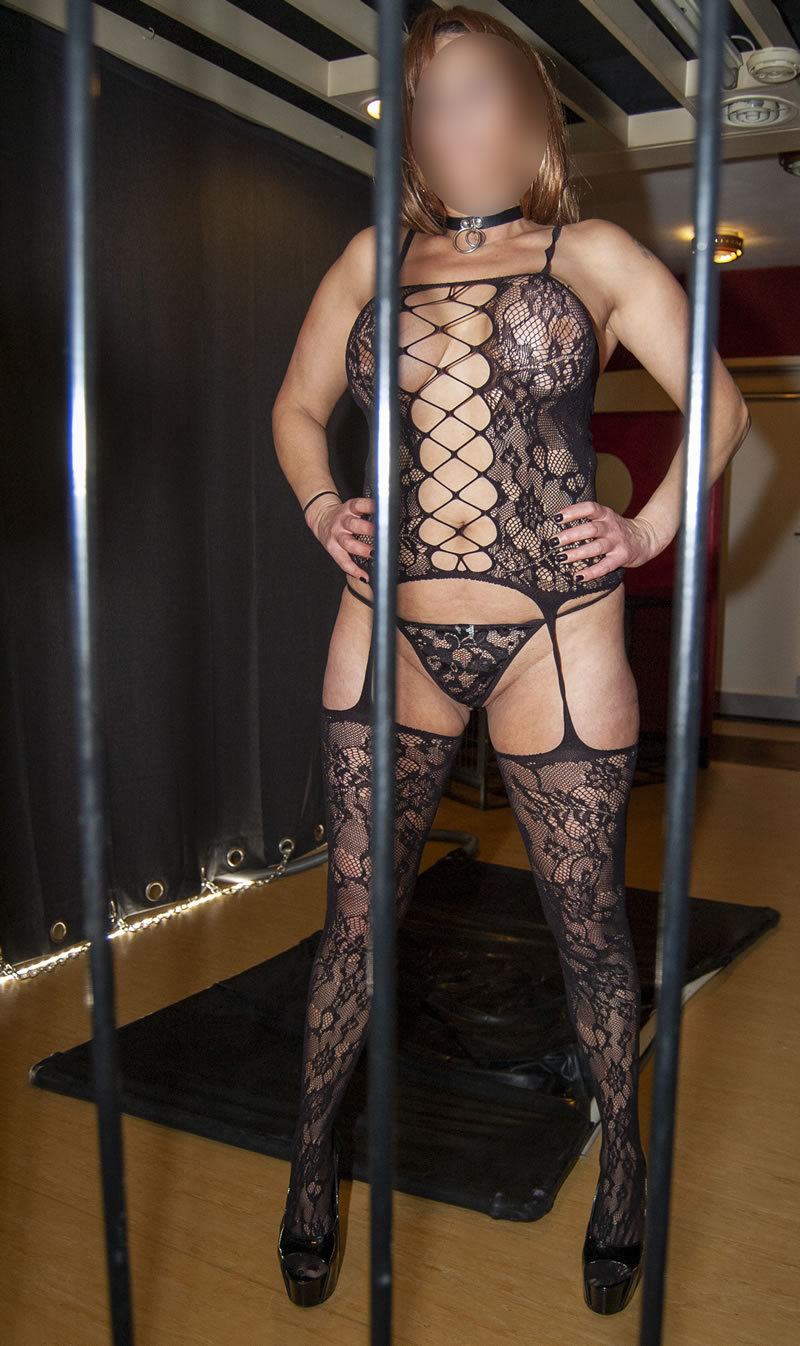 What a fantastic 2 hour session that was! I was asked to role play the client’s wife and I’ve just found the phone numbers of several women on his phone.  I rang one of the women, who referred to herself as ‘Mistress’.  He refused to admit to seeing Mistresses, so I interrogated him by putting him inside the standing cage.  I tied his wrists and ankles to the cage and tortured him to extract a confession.

After I had extracted a confession, I punished him with the single tail whip, riding crop and enforced butt plug.

Having taken his punishment well, I rewarded him by allowing him to worship My delightful derriere.